In this world of instant communication, where information is available at the click of a button, we’re exposed to virtually all news, both good and bad.

That means that, yes, we get to hear about many of the wonderful things happening in the world every day, but it also means we have to face up to some of the most terrible.

This case, sadly, focuses on the latter. Ryan Lawrence, then 25, killed 21-month-old Maddox Lawrence back in 2016 with a baseball bat, before burning her body and dumping it in a stream in Onondaga, New York.

Ghastly though those details are, it’s perhaps the reason behind the murder that’s most sicking, since he’s believed to have done it because he was jealous of the attention she received after surviving eye cancer.

By all accounts, Maddox Lawrence was not just a little ball of sunshine, but a truly brave girl to boot. At just 21 months of age, she had already beaten cancer, garnering plenty of supporters along the way.

As per reports, this was something her father. Ryan Lawrence, was none too happy about.

Baby Maddox Lawrence is being remembered today as part of the #Syracuse Ride for Missing Children. 110 cyclists are riding 94 miles to raise awareness for missing and exploited children. We’ll be live from the start at 8:00 am on @SPECNewsCNY pic.twitter.com/L9GjrGhlBu

Maddox was diagnosed with a rare form of eye cancer known as retinoblastoma just before her first birthday, but managed to beat the disease.

Mr Lawrence and his daughter then went missing on February 20, 2016, when Lawrence kidnapped her, took her to a secluded location and killed her with a baseball bat.

Maddox’s remains were found in a harbor in the city of Syracuse 36 hours after being dumped. Mr Lawrence was arrested soon after, and pleaded guilty in court to first-degree murder.

Lawrence was sentenced to 25 years to life for the murder for his terrible crime, but it will never bring Maddox back.

Rest in peace, Maddox, you were taken far too soon, by a cruel individual trusted to care for you. 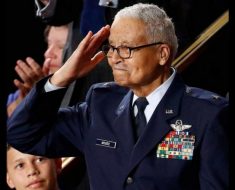 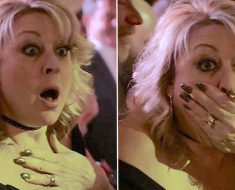 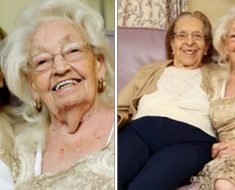 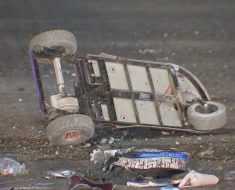 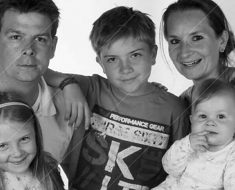