Home
Rescue
Video: If You’ve Never Heard A Baby Elephant Giggle Before, Now Is Your Chance

Baby elephant giggles in the video

Now days, social media has been stormed with millions of comments about a video that got viral recently. I saw this video and it is one of the best videos that I have ever seen. No doubt, we watch many videos on social media daily but this video grasped my full attention. Have you ever seen a baby elephant giggling before, I am sure, your answer would be No. So you must try to watch this amazing video clip. Looking at this baby elephant having so much fun with its caretaker, reminds me of my little daughter wriggling around her cot, laughing at the silly faces that I make for her. This video has a strong impact as it reflects that how elephants can share a friendly and playful connection with human beings. This clip was shot in a Maevang Elephant Camp, which is located in Chiang Mai, Thailand.

The person who was capturing this mesmerizing video was a student named Laura Jane. She visited Thailand for two months after completing her school and she was from Aberdeenshire. But she never imagined creating an internet sensation on her vocational trip from real life.

When Laura saw the happiness of the baby elephant, then she realized, she should catch this beautiful moment and shared this with her friends on social media to make them smile. No doubt, she was right. It was a worth watching treat not only for her friends but for thousands of other people around the globe.

As Laura was doing PhD in Geology, so she was already in love with nature and its beauty but elephant’s expressions of happiness really touched her heart and it brought tears in her eyes. She said that she was so pleased to see the elephant baby having so much fun. The baby had been so cheerful, cheeky and playful all day. Baby even tried to eat her shirt at one point.

In the video, you can see that baby elephant’s mother was around and she was quite protective of her baby just like a human mother would be but she also seems to have faith in the park custodian, as he provides food to the baby elephant and her mother.

Laura narrated after the viral video that in the afternoon, they got a ride on the elephant and visited the jungle. The baby elephant also accompanied them and they enjoyed their trip a lot.

This video first went viral in 2014. But Laura shared it again on social media recently and it gave a true reason to everyone to smile. 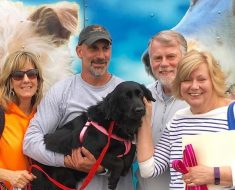 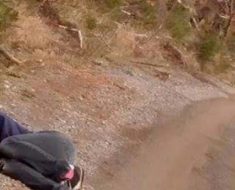 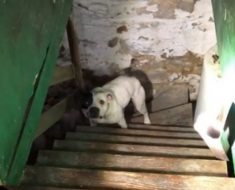 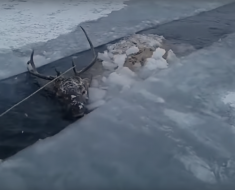