When 17-year-old Cameron James mowed his family’s front lawn on Monday it took him four hours.

The family’s home in Haslet, Texas has a modest sized yard, but it’s not large enough that it should take so long to mow.

So why did it take the teen four hours? Take a look for yourself.

Cameron moved a giant American flag into his family’s yard and he did it as a tribute to a fallen soldier.

“He was just a role model for me,” the teen said, according to CNN. “So I wanted to make sure he was missed by even the people who didn’t know him.”

The massive American flag was meant to honor his friend, Army Pfc. Kevin Christian, 21, who died by suicide, last month while patrolling the Arizona/Mexico border.

The teen’s father mentioned the idea to his son last year, but it never came to fruition. Cameron thought this year would be the perfect year to show the family’s patriotism.

With the help of his 11-year-old brother, Daniel, Cameron spent four hours mowing stars and stripes in his family’s front yard. The boys used different settings on their lawn mower to make the stripes and used a weed eater to make the stars.

“I’m very proud of my son and his thoughtfulness,” his mom, Amy, said. “As the daughter of an Army man, the niece of a Navy man, and the granddaughter of an Air Force man, his memorial made me feel that he was honoring not only Kevin, but all of the servicemen stationed at home and abroad.”

What a beautiful tribute to Kevin and to all servicemen and women. 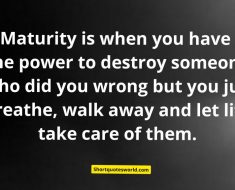 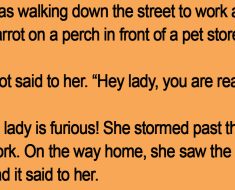 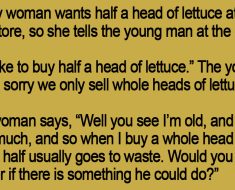 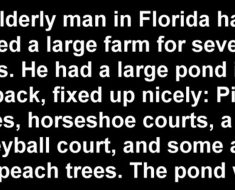