The day was just getting started when a random act of kindness occurred in New York’s Financial District, and it was caught on camera.

A woman was stopped at a red light when she witnessed two men talking on the street, as she recorded the moment one of the men took his sneakers off and handed them to the man sitting on the ground.

The man who received the shoes, Joe Arroyo, is homeless and was asking people for money to buy a new pair when a stranger gave him the sneakers right off his feet.

“I was sitting here with a sign that I’m homeless and hungry, and my shoes, that they’re broken so I took them off to see if somebody would help me with some money, to raise money to buy a new pair,” Joe, 30, told ABC7. “I never thought somebody would come out and take their shoes off and just give them to me.”

It was 9am in the WTC area, I watched as a jogger took off his sneakers, gave them to a homeless man, & walked the NYC streets barefoot.

“Our character is what we do when we think nobody is looking.” ❤️ pic.twitter.com/LT9dnMdHo0

That’s when a jogger approached him and offered him a pair of sneakers.

As the jogger walked away barefoot, Joe thought it was done to make the man feel good about himself, but he could tell the stranger really meant it.

In an interview with ABC7, Joe said that although he has been living on the street for several years, he’s trying to get his life back on track.

“If you give me a chance, I’ll be the best worker you have and I do overtime.”

Only a few days after the video clip of Joe went viral, he had a job offer.

Andrew Zurica, an entrepreneur, reached out to the 30-year-old and offered him a job at one of his restaurants.

According to ABC7, the two lived similar, difficult lives. After a run-in with the law and four years in prison, Andrew turned his life around. He opened a food truck, Hard Times Sundaes, and earned $40,000 his first year. Most recently, he made $2.9 million.

Joe was extremely grateful for the offer.

Joe was very appreciative for Andrew’s kindness. He finally had a “ladder” to climb out of his “hole.”

“I was in a hole,” he said. “I didn’t want anyone to pick me up out of the hole. I needed someone to throw me a ladder and I’d climb out myself. This is a ladder.”

I wish nothing but the best to both of these men. They both deserve it!

Share their wonderful story to inspire others to help others who find themselves down during a rough patch. 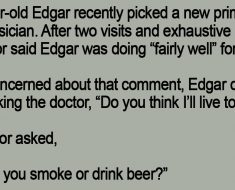 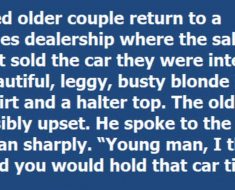 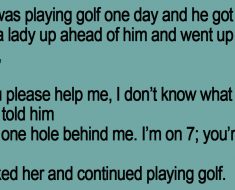 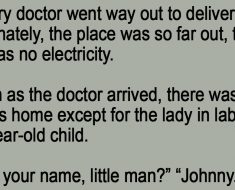 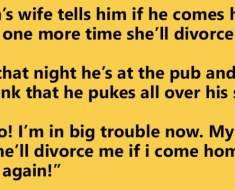