There are many ways to teach a child how to swim, and they all require two things: a safe setting and a willing participant.

On July 15, a man was accused of throwing his young son in the Atlantic Ocean in order to teach him how to swim. The scene was enough to upset one witness who decided to confront the man.

“I said, ‘I can’t take this no more.’ So I went down to the pier, down to the shore and confronted him myself,” Mitch Brown, a former Georgia State Trooper, told WESH 2 News.

Mitch was eating dinner on the Main Street Pier in Daytona Beach, Florida when he noticed a child in the water down below.

“The little kid was out here by himself. Completely by himself. There was nobody around him, no adults,” he said.

Many people witnessed the upsetting scene, but no one stepped up.

As the boy, 5, struggled to stay afloat in the deep water, his father, John Bloodsworth, repeatedly jumped off the pier. According to WESH 2 News, it’s illegal to jump off the pier.

Every time John jumped into the water, he’d swim past his son, throw him into the waves and tell him to learn how to swim.

Mitch couldn’t handle it anymore. He walked up to John and brought him to a Daytona Beach police officer.

John was arrested and faces a possible child abuse charge.

After John was in custody he claimed that he was teaching his son how to swim. But Mitch questions the man’s intentions.

“The kid was already very visibly upset and crying, and he didn’t want to be there,” Mitch said.

While in custody, John said he was “going to jail for being awesome” and planned on “coming back to the pier to jump off every day.” He faces two charges, child abuse and disorderly intoxication in public. He posted bond and was released the following day.

How horrible! I’m glad Mitch stepped in and said something. Imagine if he watched.

Things could have ended very differently for this young boy.

Share this to thank Mitch for saying something and stopping this father from continuing to traumatize his son. 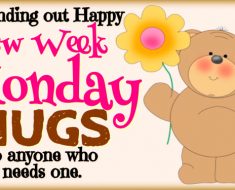 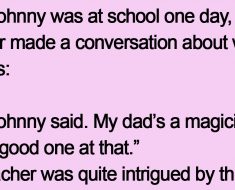 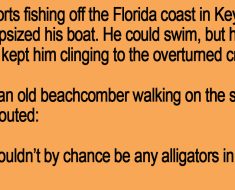