I always get angry and pissed off when I hear that older people are being robbed.

It’s a lesson many of us are taught as a child, and yet there are those in society who flagrantly ignore it.

Unfortunately, the elderly are often targets of robberies, and according to a study in Tennessee, one in every ten burglary victims are 65 years or older.

Thieves and robbers probably think our grandfathers and grandmothers are easy prey because of their age.

This is why it’s great to be able to write about one woman from Florida, who’s become an internet hero for her actions towards a 5’6″, 300-pound burglar.

According Gainesville police, 65-year-old Clarese Gainey hit a nearly naked man with a baseball bat after he attempted to break into her car in April.

Gainey says she spotted a suspected burglar in his boxers pulling at her car door handle and knocking on the window, attempting to break in.

She took matters into her own hands, before calling the cops:

”I grab my bat, I brace myself and I ease the door open,” she told WGFL.

She struck the man on the side of his head.

When the man started to charge at her, Gainey decided to hit back.

She struck the man on the side of his head in self defense, sending him rushing to a nearby mobile home.

The man, 37-year-old Antonio Mosley, was arrested by officers shortly after the incident and later charged with attempted burglary.

”He better be glad I didn’t have a gun,” Gainey said.

”Because I would have shot him. But this is my gun right here (baseball bat). Because I gone ‘Pi-yow!’”

Antonio Mosley was booked into the Alachua County Jail, on charges of burglary and drug possession, according to county jail records.

Don’t mess with granny. I think someone found out the hard way😁 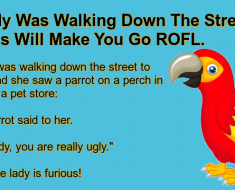 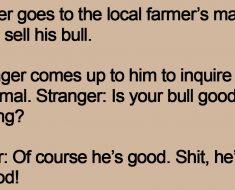 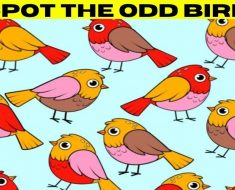 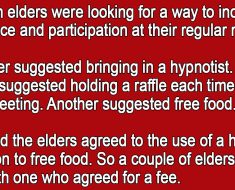 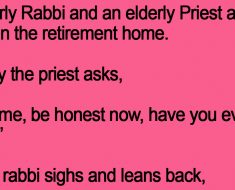