Though scientific breakthroughs and advances in medicine are occurring more rapidly than ever before, cancer remains a deadly foe.

The disease, which claims many lives the world over each day, has become something of a bane for our species. Most people live in fear of the day they will be told they have it, or, perhaps worse, that someone they love will be.

Which is why parents Alice Phillips and Ricky Wetherley were devastated when they were informed their son Freddy had neuroblastoma, a rare type of cancer that only affects 100 children in the UK annually.

Worse, doctors told Alice and Ricky that the cancer had spread throughout his body, from his “nose to his knees”. His odds were bleak indeed.

Freddy Wetherley’s parents would have been forgiven for fearing for their son’s life when he was diagnosed with a particularly rare and aggressive cancer.

The initial scans highlighted just how bad his condition was. As per the Daily Mail, mom Alice said: “We could see the cancer all over his body, it just seemed impossible that he would survive.

“But he has done wonderfully well and made an amazing recovery and we are very proud of him.”

Freddy’s diagnoses came after he began complaining of pain in his legs. A healthy boy, his parents initially believed he was simply suffering from a sickness bug. When he said he didn’t want to go on fairground rides because his legs hurt so much, however, Alice and Ricky knew they had to take him to the doctors.

A scan was done at the hospital, one that discovered Freddy had a massive tumor in his stomach. He was transferred to Great Ormond Street hospital, where he was officially diagnosed with neuroblastoma.

“When they told us what Freddy had it was devastating. We couldn’t believe it,” Alice said.

Freddy immediately started a 70-day cycle of chemotherapy. Then, at Christmas, he underwent a stem-cell transplant. In February of this year, he had surgery to remove the tumor altogether.

“He was sick and exhausted through the treatment, but he has handled everything really well,” Alice explained.

“He spent a lot of time on Facetime to his sister Freya, who is two, and that really helped him. He really looked forward to talking to her every day.”

It was in May that Freddy was finally given the all clear: the culmination of a long journey against the odds.

The youngster can now play football again, and is set to return to school after what must have been a gruelling battle indeed.

“When we first saw that body scan, we didn’t think there was much hope,” Alice continued.

“He really is our little miracle.”

Way to go, Freddy Wetherley! What a little fighter you are.

We want to spread Freddy’s good news with everyone!

Help us by sharing this article on Facebook to wish this brave boy well. 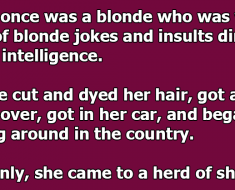 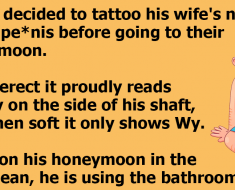 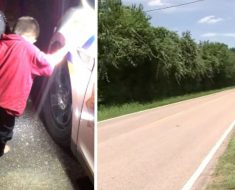 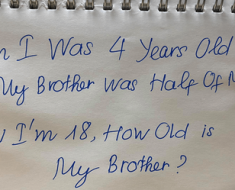