Home
Lifestyle
The Teacher Was Starting A New Lesson.
Spread the love

The first-grade teacher was starting a new lesson on multi-syllable words,

She thought it would be a good idea to ask a few of the children examples of words with more than one syllable.

Jane, Do you know any multi-syllable words?

After some thought, Jane proudly replied with Monday.

Does anyone know another word?

Ok Mike, what is your word.

Great, that has three syllables.

Not wanting to be outdone Johnny says ” I know a four-syllable word, pick me…..”

Not thinking he can do any harm with a word that large the teacher reluctantly says,

“O.K. Johnny, what is your four syllable word?”

Shocked, the teacher, trying to retain her composure says,

“Wow, Johnny, four syllables, that certainly is a mouthful”

No Maam, your thinking of blow job, and that’s only two syllables. 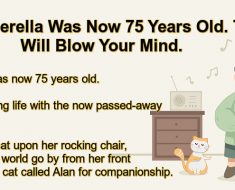 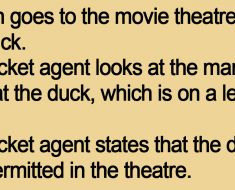 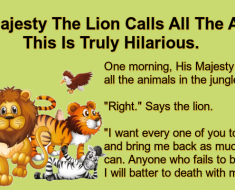 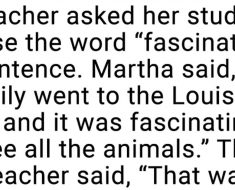 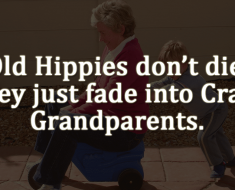