Christmas is a time for family and love, a time when all of us should feel the warmth of the festive spirit and put aside any differences to celebrate in peace and comfort.

Sadly, of course, not everyone has someone to share Christmas with. Though the majority of us will be spending the holidays surrounded by loved ones, there are those who will be alone.

That was the case for one grandma, whose Christmas was set to be so lonely that she put out an ad looking for a family to join. Fortunately, someone responded.

One grandma, from Tulsa, Oklahoma, had reportedly taken out an ad on Craigslist, asking simply for a family to join for Christmas day.

It was found by Carson Carlock, who happened to be surfing the site one evening. He told KRON4: “I go through the free part of Craigslist pretty often just looking for stuff, because sometimes people give away stuff for free.”

He knew he had do something the moment he saw the post in question.

“I saw that post… and I was like, you know that’s really sad,’ he said. It was simply titled: ‘Anybody need a grandma for Christmas?”

The ad read: “I have nobody and would really like to be part of a family. I cook and I can cook dinner. I’ll even bring food and gifts for the kids! I HAVE NOBODY AND IT REALLY HURTS! Let me be part of your family.”

It was the last sentence that really got to Carson. It reminded him of his mother, Gail, who died last year from stage four cancer. She spent her last Christmas alone.

“You know, that really broke my heart reading that because my mom was alone on her last Christmas,” Carson said. “She went to church a lot, she loved her grandchildren. She was upset and she was alone, there wasn’t anything I could do.

“She would want me to be the kind of person to do this for other people.”

Carson decided to reach out to the grandma. Only, before he did she was bombarded with hate mail, with others sending nasty messages. She would go on to delete the ad, but not before posting an update thanking them for “the extra shot of pain”.

Carson, though, was undeterred. He reached out with an ad of his own, aiming to find the woman. Luckily, he was able to! After thousands of shares, Carson found Grandma Carrie, and will now be seeing her on Christmas day.

Carson, you’re a wonderful man, and your mother would certainly be proud of you.

Share this story to wish Carrie a Merry Christmas! 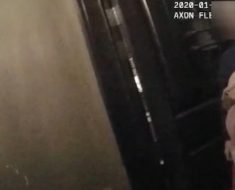 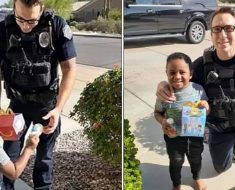 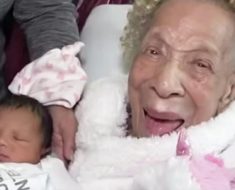 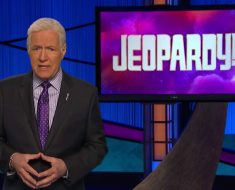 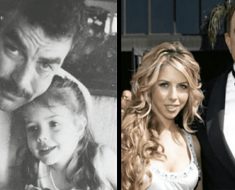