Some employees take customer service very seriously, helping patrons in a way that goes well beyond serving food. That’s what one Chick-fil-A manager proved recently when he went above-and-beyond to help an elderly veteran.

Daryl Howard has been a manager at the Chick-fil-A in Severn, Maryland for about nine years. He was working the counter on Thursday—but suddenly he took on a responsibility that wasn’t in the job description.

That day, a regular customer entered the restaurant: a 96-year-old WWII veteran, known to the employees as Mr. Lee. But on this visit, the elderly man was visibly distraught.

“He was shaking, almost in tears saying he barely made it to the store on three tires because one was bad,” Rudy Somoza, another manager, told CNN.

Mr. Lee had made it to the restaurant with a flat, but had no one to help change the bad tire. Immediately, Daryl offered to help.

“As soon as he finished his sentence, Daryl informed me he needed to help this gentleman right now,” Rudy said. “Daryl jumped into action without hesitation.”

Daryl got up from his post, went outside and changed the veteran’s tire, helping him when no one else could and ensuring he’d be able to get home safely.

“His action of kindness was beautiful,” Rudy told FOX 5. “Daryl has always been so helpful to anyone in need and deserves this recognition.”

“I thank God I was in the right position to be witness of this touching moment,” another co-worker added.

It’s safe to say that this customer was satisfied with his visit. Rudy told CNN that a grateful Mr. Lee returned to the restaurant the next day.

It’s an inspiring story—but surprisingly, this isn’t the first time a Chick-fil-A worker has helped a customer with car trouble.

In May, employees at the East Ridge, Tennessee location helped a customer named Brian Hall when his tire went flat in the drive-thru.

On top of that, when it was all done they brought him fresh new food after his meal had gotten cold, and even threw in two cookies.

“Those people are truly doing the lord’s work over there!” Hall wrote on Facebook.

Bunch of saints over at the chickfila in east ridge! My tire somehow went flat in the drive through so they rushed out…

Moral of the story: next time you have a flat, skip Jiffy Lube and head to Chick-fil-A! 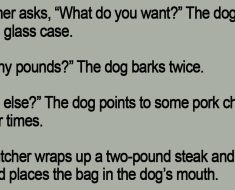 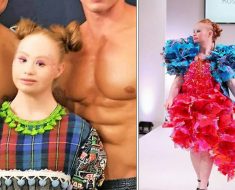 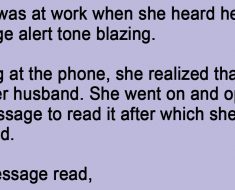 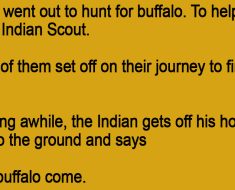