Home
Lifestyle
An Elderly Husband And Wife Noticed That They Were Beginning To Forget Things.
Spread the love

An elderly husband and wife noticed that they were beginning to forget many little things around the house.

They were afraid that this could be dangerous, as one of them may accidentally forget to turn off the stove and thus cause a fire.

So, they decided to go see their physician get some help.

Their physician told them that many people their age find it useful to write themselves little notes as reminders.

The elderly couple thought this sounded wonderful, and left the doctor’s office very pleased with the advice.

When they got home, the wife said,

“Dear, will you please go to the kitchen and get me a dish of ice cream? And why don’t you write that down so you won’t forget?”

“Nonsense,” said the husband, “I can remember a dish of ice cream!”

“Well,” said the wife, “I’d also like some strawberries on it. You better write that down, because I know you’ll forget.”

“Don’t be silly,” replied the husband. “A dish of ice cream and some strawberries. I can remember that!”

“OK, dear, but I’d like you to put some whipped cream on top. Now you’d really better write it down now. You’ll forget,” said the wife.

“Come now, my memory’s not all that bad,” said the husband.

“No problem — a dish of ice cream with strawberries and whipped cream.”

And with that, the husband shut the kitchen door behind him.

The wife could hear him getting out pots and pans, and making some noise inconsistent with his preparing a dish of ice cream, strawberries, and whipped cream.

He emerged from the kitchen about 15 minutes later.

Walking over to his wife, he presented her with a plate of bacon and eggs.

The wife took one look at the plate, glanced up at her husband and said, 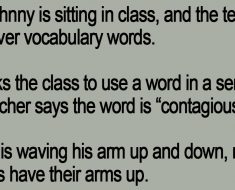 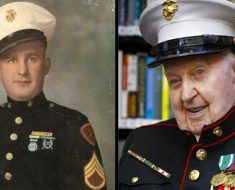 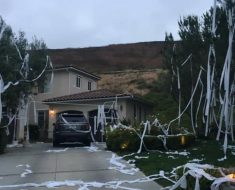 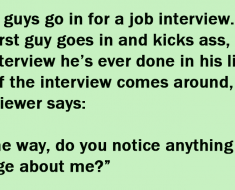 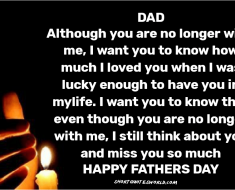 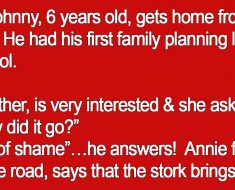