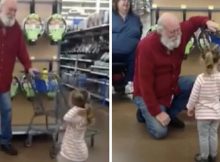 christmas
Despite being told as children that if we see Santa on Christmas Eve he won’t deliver our gifts, we are still desperate to catch a glimpse of the
Read More

Lifestyle
After a woman was caught shoplifting from a New York City grocery store, she was almost arrested—but the police officers on the scene took a look in her
Read More