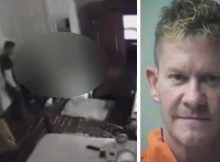 child abuse
For years, a Florida teen had tried to tell someone her father was hurting her, but no one would take her seriously. So she took matters into her
Read More

dairy queen
Do you have any traditions that wouldn’t be the same if some people were missing? For about seven years, Brandt Barber and his three sons visited a Dairy Queen
Read More