Sometimes it’s just better to adopt any profession without any experience or knowledge. Yes, our heroes recently saved a drowning cow from the flood waters. In terms of Google, a flood is simply an overflow that obscures the dried land. But… We believe that it not only obscure the drylands, but it also takes away the peace of many lives.

Natural disasters can never be stopped but we can secure ourselves. Right? Have you heard that somewhere? Now, what about animals? Are they capable of securing themselves? In 2015-16, we see an exponential amount of flood records which was somewhat around 18. However, some heroes took a stance and grouped together to prevent such disaster for animals as a shield. 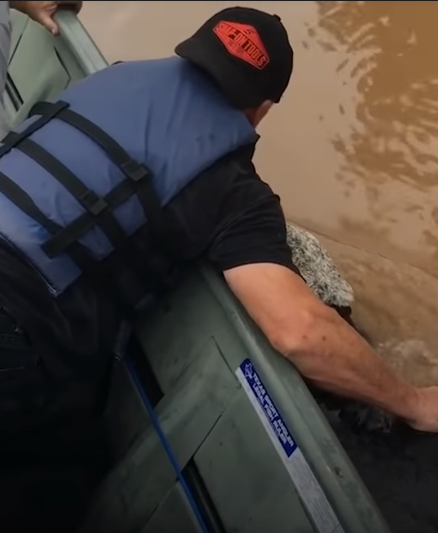 Curtis O’Brien was one of them. He reported the rescue of stranded drowning cow. He stated that the cow was completely exhausted and wasn’t able to move a bit. At first, he observed that it was a floating log but soon he realized that she was the cow floating on the waters. That day is known as labor flood day 2016 which appeared on the Brazos river, Rosenberg Texas.

Curtis O’Brien was the guy in a blue jacket and black cap. That hero strived hard to save the life of that cow. First of all, he encouraged the cow and gave her motivation in order to lift her. Curtis O’Brien ordered, “hey girl, swim, a little bit, there you go.” 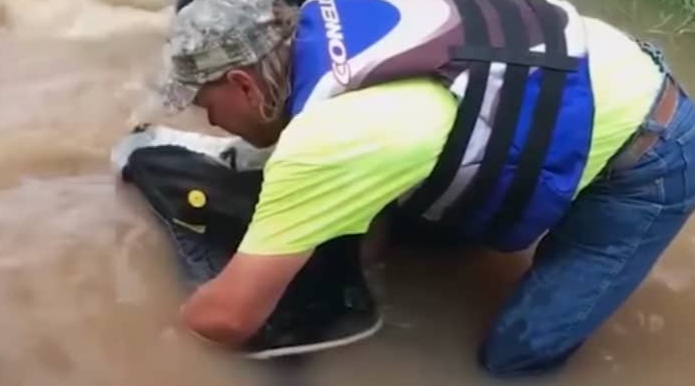 Curtis lifted her head above the water and secured her against the boat edge. He knew that she was tired. As the weight of the cow was quite heavy, they started to search for a dry place where they can rescue her. Sailor said to Curtis to let him know if there’s too much throttle against the water because Curtis was trying to hold her there.

They were searching recklessly for a dry land but unfortunately, there was not a single dry land around them. But do you know what is that one thing which keeps the cow alive? Hope. Yes, they didn’t give up. And Curtis was holding the cow in the water for an hour. Finally, they noticed signs of a land nearby and they reached the destination. 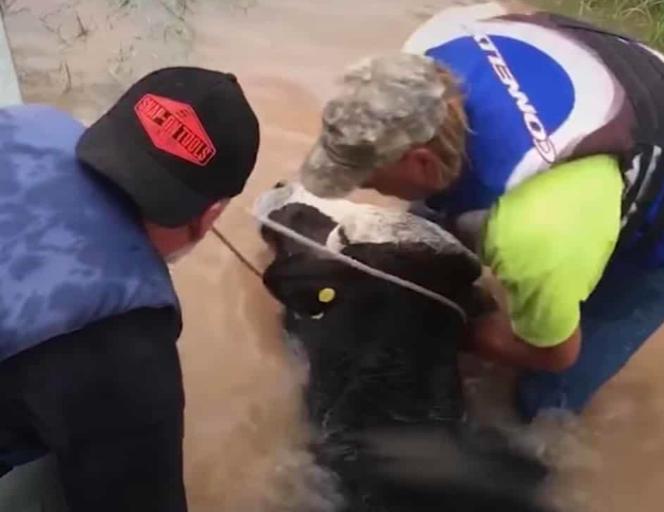 They tried to pull her toward the shore and motivated her to get up. The team members knew that she was tired so they took little breaks while pursuing the corner of the land. The guys patiently waited for her. Ultimately, She started to get better and tried to run away but she had fallen on the ground. One of the team members told to not mess with her for some time so that she could rest and breath to recover herself.

At last, they all grinned and laughed at the same time. The happiness was glittering off all around that place. One member showed the appreciation and said “See ya later” and celebrated the victory with a long Wooo….!!

Wait…!! We recommend you to share this post with your loved ones just to keep this hope alive