When Alelia Murphy celebrated her birthday on July 6, she was treated like a queen. And why shouldn’t she have been? Alelia turned 114 years old, making her the oldest living person in the United States.

“This is Harlem history, this is family history we are standing here with a Harlem landmark, a Harlem icon – Mrs. Alelia Murphy,” State Sen. Brian Benjamin said, according to PIX11.

From now on July 6, will be known as “Alelia Murphy Appreciation Day” in Harlem. The senator presented the 114-year-old with a framed poster and a copy of the special honor. 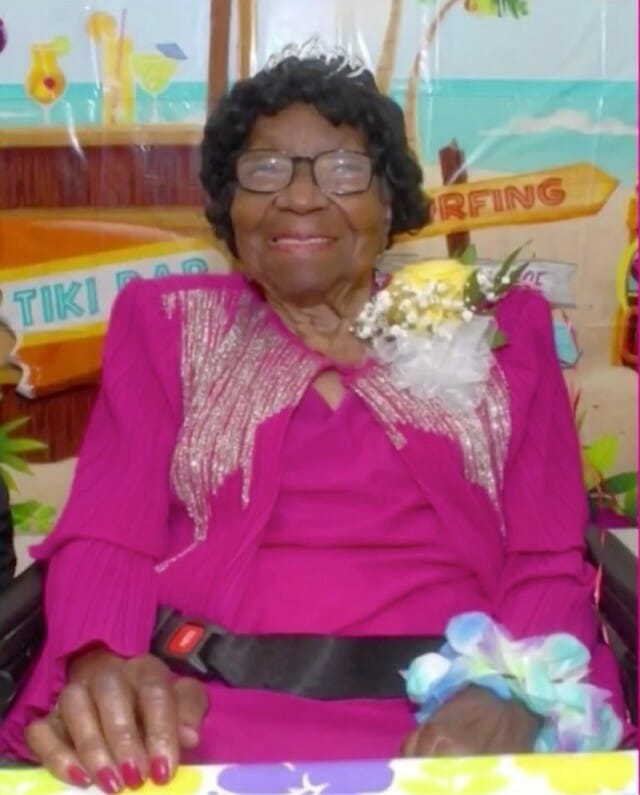 Alelia, who was born in North Carolina in 1905, moved to New York in 1926 and became involved with her church and other local organizations.

“She was part of the movement of African Americans to Harlem… Lived in Harlem through it all, through the good and the bad,” Brian told CBS2.

Her husband died in 1953 leaving her to support their two children on her own. She worked as a seamstress and a salesperson. 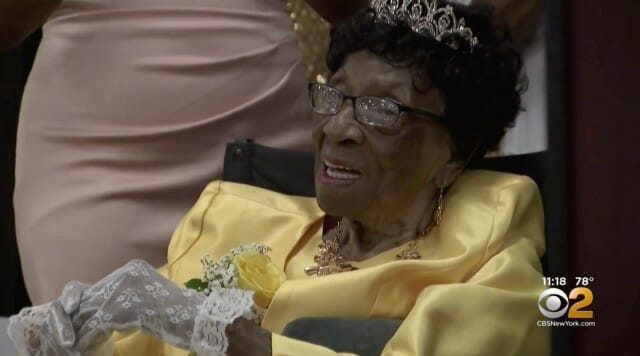 So how has the supercentenarian, someone who is older than 110, been able to celebrate 114 birthdays?

“She credits it to moderation, living in moderation,” her granddaughter Nefer Nekhat said.

“She says God, he’s the one who let her stay here so long,” her daughter Rose Adams said. “She says no time to sleep, sleep when you’re dead, do what you gotta do while you’re woke.”

“She’s still here, she’s still strong, and she holds our family together.”

The Gerontology Research Group verified Alelia’s age, confirming her status as the oldest living person in the United States.

Share this on Facebook to wish this lovely woman a Happy 114th Birthday! It’s not every day that someone turns 114!