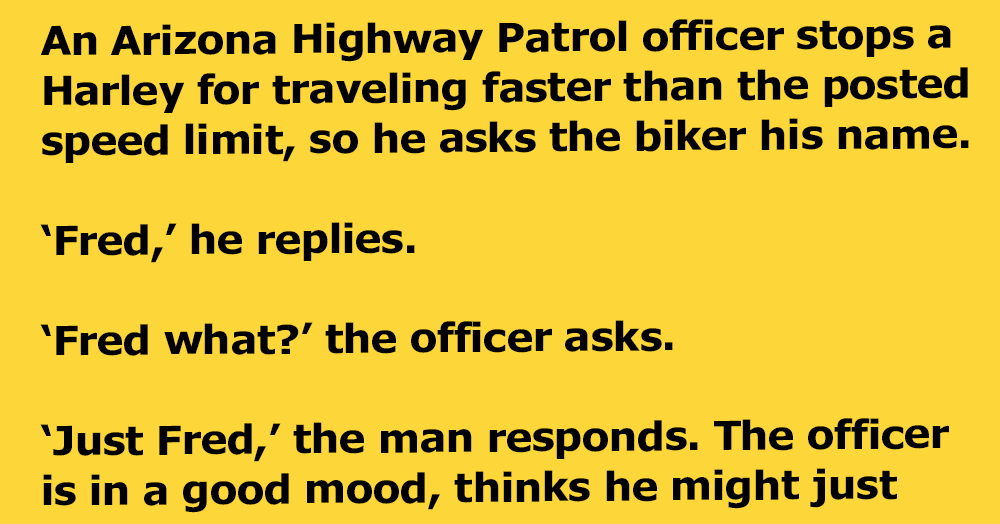 An Arizona Highway Patrol officer stops a Harley for traveling faster than the posted speed limit, so he asks the biker his name.

‘Fred what?’ the officer asks.

‘Just Fred,’ the man responds. The officer is in a good mood, thinks he might just give the biker a break, and write him out a warning instead of a ticket. The officer then presses him for the last name.

The man tells him that he used to have a last name but lost it.

The officer thinks that he has a nut case on his hands but plays along with it. ‘Tell me, Fred, how did you lose your last name?’

The officer walked away in tears, laughing.