Category: Days of Our Lives

Celebrity
It appears that time is running out for Days of Our Lives. The entire cast has been released from their contracts, according to Deadline. TVLine confirmed that one
Read More 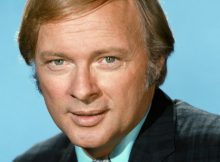 celebrities
John Clarke, best known for playing Mickey Horton on Days of Our Lives has died. He was 88. A representative for the actor’s daughter, Melinda Clarke, confirmed John
Read More