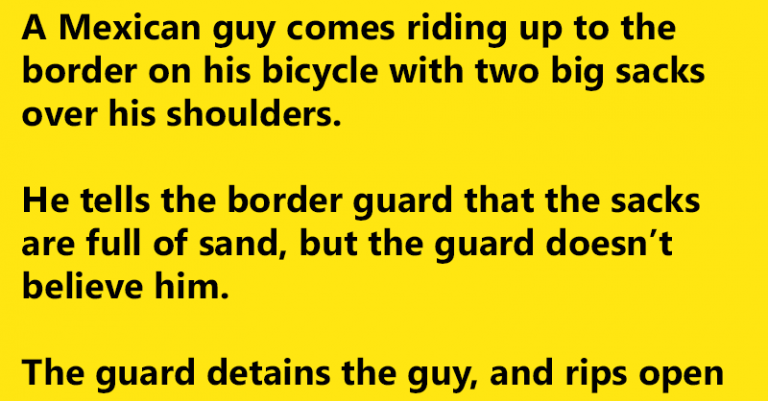 A Mexican guy comes riding up to the border on his bicycle with two big sacks over his shoulders.

He tells the border guard that the sacks are full of sand, but the guard doesn’t believe him.

The guard detains the guy, and rips open the bags, but there’s nothing but sand.

He even has the sand analyzed, only to find that it really is just sand. And the sack is just a plain sack.
Two days later, the same thing happens. And then it happens again, two days after that. Every time, that guy is on the bike carrying nothing but sand.

This goes on for seven years. It drives the border guard crazy. He loses his job because of it.

One day, he tracks the Mexican guy down and says to him, “I’m no longer a border guard, but I gotta know- what is it that you’re smuggling? Because I know you’re smuggling something.”

The bicycle guy smiles at him and says, “Bicycles, sucker.”