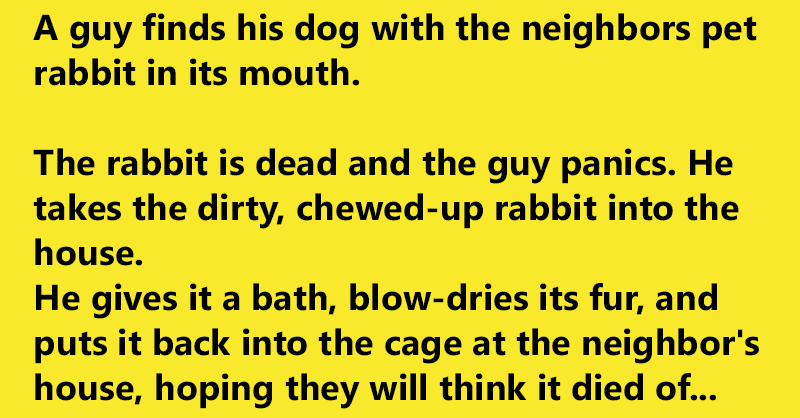 A guy finds his dog with the neighbors pet rabbit in its mouth.

The rabbit is dead and the guy panics. He takes the dirty, chewed-up rabbit into the house. He gives it a bath, blow-dries its fur, and puts it back into the cage at the neighbor’s house, hoping they will think it died of natural causes.

A few days later, the neighbor asks the guy, “Did you hear that Fluffy died?”

The guy stammers and says, “Um… no… what happened?”

The guy runs back to his house, digs through the shampoo he used when he washed the rabbit, and his worst fears are confirmed. Right there on the label: Permanent Wave For Damaged Hare.